It was a cold wintry morning when we reached the Delhi airport. We started our drive to Chambal. It was an 4 to 5 hour drive. On the way, we were passing by a town called Firozabad. Firozabad was a very dirty town and also the city of bangles. There was a lot of traffic on the road so were driving very slowly. On every side of the road you could find a chudi seller (bangle seller). The whole city was littered and every inch had garbage. There was no Swachh Bharat in Firozabad. We crossed Firozabad and were heading towards Chambal. We were close to Chambal, we had to reach the resort which was a bit off the road. The Google Maps told us some other, inside a village. We took the road, but there was no road at all, it was like a maze. If we took the other, it would have been a lot better. At one point, it felt as if we were on the wrong road, but thankfully we came out on the good road and reached the resort. 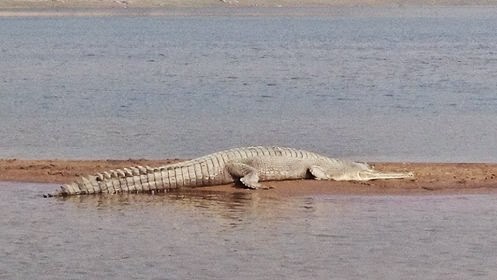 We were pretty late for lunch. We reached the resort at 3.00 pm. The resort’s name was Chambal Safari Lodge. I was happy to see the lunch, which was waiting just for us. We were last ones to eat lunch. We took rest as we were very tired. The room was big and very nice. It was homey and comfortable but super cold. In the evening we went for a normal walk in the resort itself. We saw birds and Neelgais; there were wild and not domestic. The food was very tasty and the cuisine was continental and Indian. The next day we went for 2 safaris. 1. A safari to Ater fort on the camel for one hour.  2. River safari to see Gharials and crocodiles.

Ater Fort Safari
The Ater Fort was built by Bhadauria King Badan Singh, Maha Singh and Bakhat Singh in the era of 1664-1668. The fort is very much inside the Chambal valley. The fort is actually in ruins. We went to the fort in the morning and had tea and coffee with biscoots. 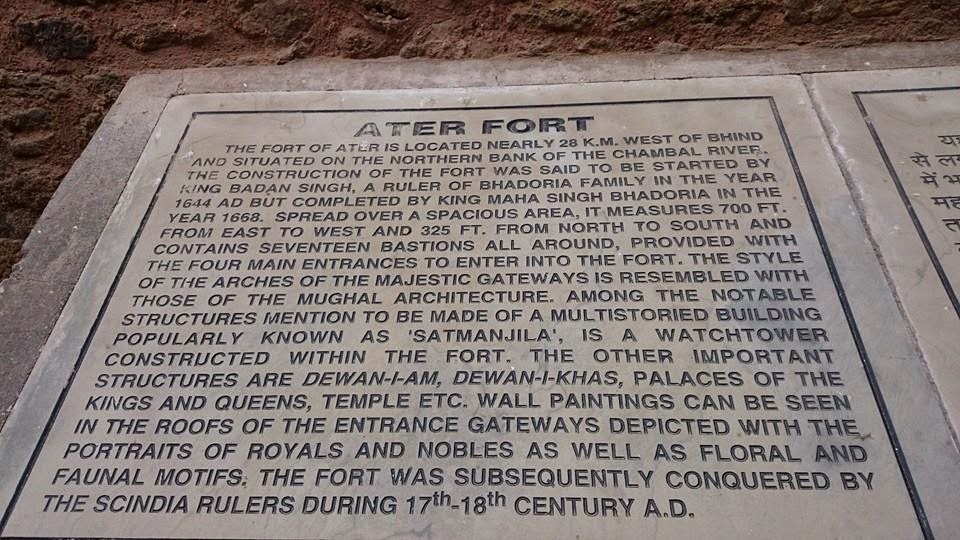 In this safari, you have to the Chambal river by car, cross the river and go to the other side by boat, from there you can go on a camel or go walking to the fort. The experience was very nice. It was one person on one camel. You can come back by 12.30 or 1.00 in the afternoon. You cross the river again and on the other side where you parked your car you have a small camp, there you get your lunch which is packed , then you can go for the river safari after eating the lunch. This safari will take two hours. You might see a bird called the Skimmer. After your safari you can return to the resort and have fun and relax and have some awesome food.
Posted by Enigmatic India at 11:40 AM